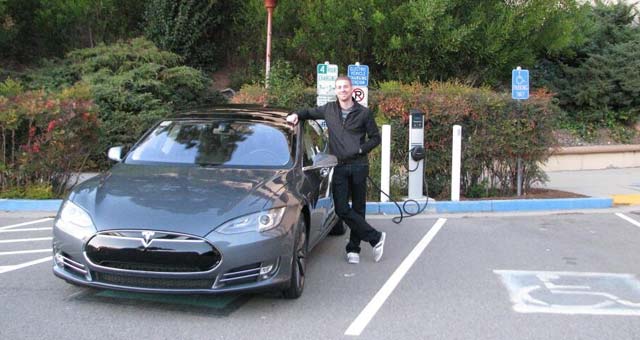 This week, the world’s largest and most open electric vehicle charging network hit a historical landmark – 50,000 drivers on the growing ChargePoint network.

It should come as no surprise that the 50,000th ChargePoint member resides in the San Francisco Bay Area. Just two weeks ago, the Bay Area landed in the top spot on ChargePoint’s list of the “Top 10 EV-friendly Metropolitan Areas.”

Through the easy signup process, the 50,000th ChargePoint user joined Tuesday evening, and less than one hour later, plugged-in a Tesla Model S to a ChargePoint station at the County of Marin Civic Center in San Rafael.

With over 14,000 EV charging spots, ChargePoint members have now driven over 64 million miles free of gasoline. This equates to saving over 2.6 million gallons of gas and over 20 million lbs. of CO2 emissions.

“This is quite an accomplishment for ChargePoint, but more importantly, it is a testament to how rapidly EV adoption is happening across the nation,” said Dimitrios Papadogonas, ChargePoint’s Vice President of Marketing. “We are seeing extraordinary growth within the EV market, and ChargePoint is proud to help lead the way.”