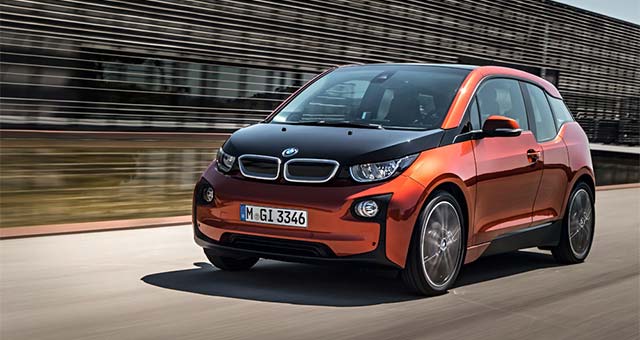 The BMW i3 has collected its first accolade in the UK even before it goes on sale in November, having topped the Electric and Hybrid Car category in The Sunday Times Top 100 Car list.

Lauded for its holistic approach to electric car ownership and genuine appeal, not just to those looking for an electric car, the BMW i3 trumps the competition in this new but highly competative category.  Published on Sunday 20 October, the supplement highlights the 100 best cars on sale, as judged by The Sunday Times Driving editorial team.

Commenting on the BMW i3 The Sunday Times Driving team concluded: “BMW has bided its time while others took their first tentative steps into the electric car market. The brilliance of the i3 comes not in revolutionary battery technology for there is none, but by being a car someone might consider buying for reasons other than it’s electric.”

The new BMW i3 is the first model to launch within the BMW i range.  Two BMW i cars are confirmed for production, the fully-electric BMW i3 megacity vehicle and the plug-in hybrid BMW i8 sports car. The BMW i3 is BMW’s first fully-electric production car and is due to go on sale in the UK in late 2013, priced from £369 a month or £25,680 OTR.

Like the i8, the BMW i3 features an all-aluminium chassis combined with a passenger cell made entirely from carbon-fibre-reinforced plastic. As well as the vehicles themselves, BMW i will encompass a range of premium services for mobility aimed at optimising the use of parking spaces, charging infrastructure, ‘smart’ navigation systems, intermodal route planning and access to other BMW vehicles on an ‘on-demand’ basis.