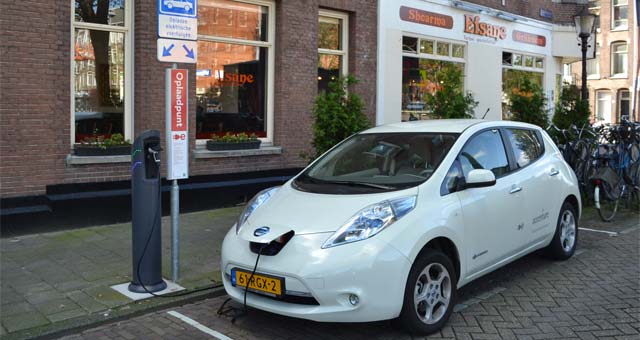 Asia-Pacific will exhibit the strongest growth, driven by mounting pollution issues in its many megacities; however, true mass-market uptake will only start happening in the next decade.

“Overall, EV sales have been disappointing so far due to a lack of choice and perceived personal benefits, high purchase prices, and most importantly, consumer anxiety about range, maximum speed, recharging times, and the lack of public charging infrastructure. However, with many car OEMs recently dropping prices and offering more choice and improved performance, full electric vehicles are on the verge of leaving their eco niche of environmentally aware and socially responsible buyers, illustrated by car OEMs such as BMW, Daimler, and Volkswagen investing heavily in electrification. Importantly, a range of emerging automotive technologies such as carbon-fiber materials, wireless in-car networking technologies, active safety including pedestrian detection and autonomous driving, connectivity, car sharing, and smart grid demand response features will support the electric automotive revolution as all new paradigms are mutually reinforcing each other,” comments VP and practice director, Dominique Bonte.

However, the role of governments in supporting the case of EVs through tax rebates and subsidies, stimulating the roll out of public charging infrastructure, exempting EVs from toll in congestion zones, allowing EVs on High Occupancy lanes, providing free parking, and mandating very aggressive emission standards will remain critical during the remainder of this decade.

Ultimately the connected, autonomous EV will form an intrinsic part of the IoT with vehicles relying on and contributing to the emergence of intelligent road infrastructure including wireless charging, smart grids, digital homes and remote healthcare while realizing the promise of safe, convenient, efficient, affordable and sustainable transportation.