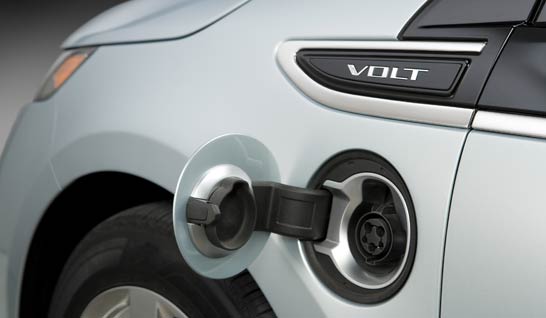 The company will purchase 10 Volts to support a study on the effects of vehicle charging on the electrical grid.

“We are excited to be at the forefront of developing an infrastructure to supply “fuel” for electric vehicles,” said Joseph M. Rigby, Chairman and CEO of Pepco Holdings, Inc. “This initiative will provide valuable information about the capabilities of electric vehicles and their growing impact on the grid as we transition to both the smart grid and an electrified transportation sector.”

With nearly every major automaker planning to introduce a plug-in electric vehicle over the next three years, Rigby said PHI is committed to working with the auto industry, the Department of Energy, local governments and the utility industry to overcome numerous challenges, including support for both a public and commercial charging infrastructure, affordable vehicle-charging rates and supportive permitting and codes for vehicle charging stations.

Rigby spoke at a news conference with General Motors’ officials at Pepco’s Edison Place garage on Eighth Street Northwest where two vehicle charging stations have been installed. Eight additional charging stations will be placed across PHI’s service areas in the District of Columbia, Maryland, Delaware and southern New Jersey when the company begins taking delivery of the Volts later this year.

Smart meters and smart grid technologies will be incorporated with the charging stations to collect information about energy consumption and enable customers to recharge at the most economical time of day, such as during off-peak hours when electric demand is lowest.