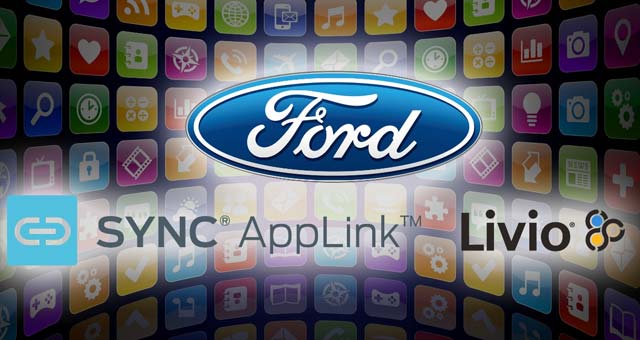 The move will further extend Ford’s ability to meet consumers’ growing demand for safe, seamless access to the electronic content they love while in their vehicles.

Livio builds products and software tools to support smartphone/car connectivity and has a strong track record of creating in-car connectivity solutions. Ford’s purchase of Livio is designed to accelerate innovation by providing access to each other’s talented engineers and unique intellectual property, as well as enabling both companies to work toward developing an industry standard for smartphone-to-vehicle communications.

Ford and Livio are joining forces amid explosive growth in the connected car market. Last year, more than 1.9 million vehicles were delivered with smartphone integration solutions, such as Ford SYNC® AppLink™. That number is expected to reach 21 million vehicles by 2018, according to a June report from London-based GSMA, which represents the global mobile industry, and data from SBD, a London automotive technology consulting firm.

Livio’s software-based, advanced vehicle information and entertainment solutions improve the connection between software and hardware. Now, they will help Ford standardize the way customers connect their smartphones to their vehicles.

Ford previously contributed Smart Device Link, the open source version of AppLink, to the GENIVI Alliance for use by app developers.

A single vehicle interface standard gives developers the opportunity to write software faster and more efficiently, providing customers the apps they want to use more quickly. Livio software already is compatible with several commonly used apps and works with all major smartphone devices.

Livio, co-founded by Sigal and Massimo Baldini, will be a wholly owned subsidiary of Ford Global Technologies, which manages all aspects of intellectual property for Ford. Livio will function as a separate department within Ford Electrical/Electronic Systems Engineering, while integrated into Ford’s overall connectivity operations. The deal gives Ford access to a broad group of application developers, while enabling Livio to maintain its independent and entrepreneurial approach.

With its SYNC connectivity system and AppLink application programming interface, Ford was the first automaker in the world to launch an open developer program that enables software developers to directly interface with a vehicle and create apps to enhance the driving experience.

Since SYNC’s debut in 2007, Ford has been the automotive leader in in-car connectivity systems. In 2011, Ford reached a milestone with production of the 3-millionth SYNC-equipped vehicle. By 2015, Ford will have more than 14 million vehicles on the road worldwide equipped with SYNC and 7 million with SYNC AppLink.

Consumer demand for robust in-vehicle connectivity is rising, as the technology and automotive worlds continue to intersect. Ford customers have opted for SYNC and MyFord Touch® on nearly 80 percent of 2013 Ford vehicles.