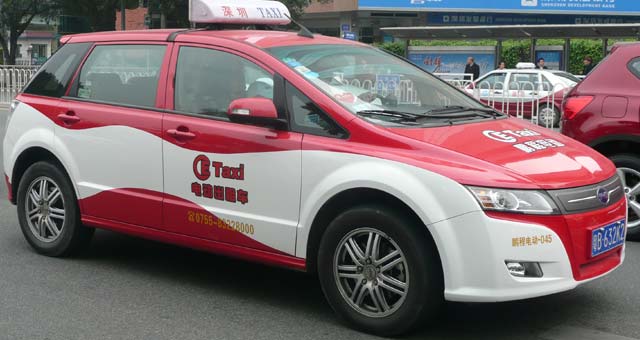 A fleet of 45 BYD e6 electric taxis will be in service in Bogota’s streets as part of Columbia’s new BIOTAXIS project.

The BYD e6 can drive up to 300 Km (187 miles) on a single electric charge and is positioned well for high-utility applications like the Bogota eTaxi fleets.

“The purpose of this pilot is to replace conventional taxis with the electric taxis and show a visible benefit to investors due to the reduced operational cost of electric vehicles. Anybody who owns a combustion taxi in operation has the ability to replace it with an electric taxi now”, commented by Dr. Gustavo Petro Urrero, Mayor of Bogota.

Under Bogota’s Decree 677 of 2011, the city put forth the need to develop instruments and tools to support and promote the development of electric transportation policy in conjunction with the Departments of the Environment and Sustainability, Commerce Ministry and the Finance Ministry. It’s anticipated that 2,250 pure electric vehicles will benefit from this act in just 3 years.

According to a report from the World Bank in 2012, the economic loss caused by air pollution in Colombia is 570 million pesos (local currency) every year, and pollution from dirty petroleum transportation may have played a role in as many as 5,000 deaths in the country.

The BYD e6 is a 5-passenger, long-range, pure electric utility vehicle powered by BYD’s core technology Iron-Phosphate battery. The nominal range of e6 from a single charge is 300 km (187 miles). Using BYD’s internally-developed bi-directional charging and discharging technology, the e6 can be fully charged in 2 hours (0-100%). With over 800 e6 vehicles running as public eTaxis today, the e6 fleets have an accumulated range of over 100 million km (as of Aug, 1st , 2013).