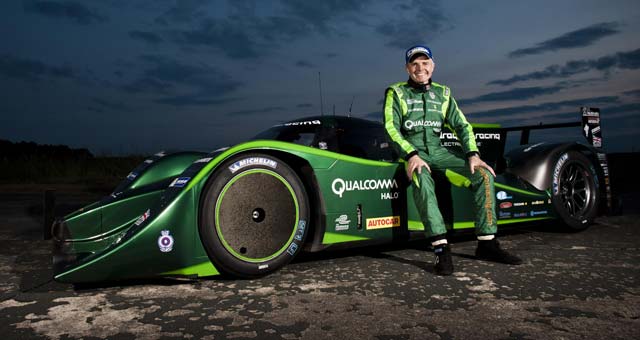 Drayson Racing achieved a 204.2mph average speed (subject to FIA homologation) over the measured mile earlier this summer at Elvington Airfield in Yorkshire, UK, and is aiming to go even faster at the much longer Bonneville track.

By running in the sub-1000kg electric vehicle land speed record class, the team is aiming to demonstrate the future possibilities of EV technology and performance and to highlight the importance of lightweight in future electric car design.

The car is scheduled to run at the Bonneville Speed Shootout (Sept 12-18) where the fastest cars and motorcycles in the world aim to establish new FIA and FIM certified speed records. Lord Drayson, who will be aiming to top a previous sub-1000kg electric car best, is aiming to push the 800bhp B12/69 EV to its maximum possible speed during the US attempt.

One of the team’s major backers and supporters is San Diego based, Qualcomm, a leading provider of wireless technology and services.