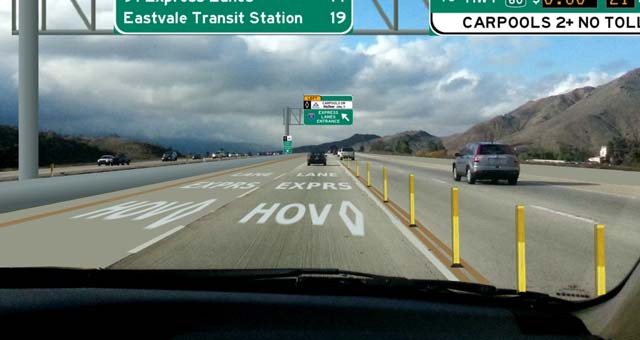 The State of California has approved extension of the life-time of green and white High Occupancy Vehicle (HOV) stickers for plug-in hybrids and electric cars until 2019.

The HOV lane sticker program was scheduled to come to a close at the end of 2015, but a bill approved by the state legislature has extended the program.

HOV carpool lane access, the shorter commute times that come along with it, and a number of federal and state tax incentives and rebates work together to help drivers to justify the higher cost of entry of plug-in vehicles.

Some vehicles that previously qualified for the HOV lane privilege no longer do so since the original program was modified in 2011 to remove access for standard non-plug-in hybrids.