Mitsubishi i-MiEV Recognized as 100,000th EV Sold in the US 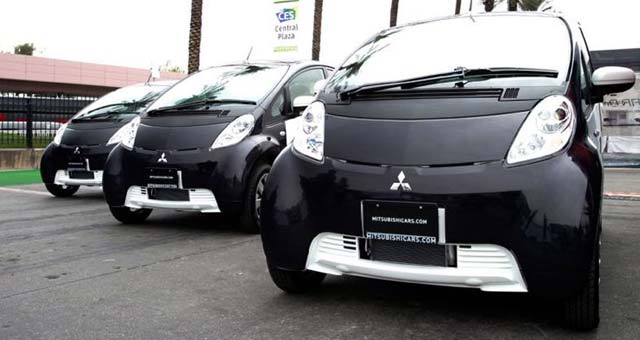 Mitsubishi i-MiEV has recently been named the symbolic 100,000th plug-in electric production vehicle sold in America “since the introduction of the latest generation of highway-capable plug-in vehicles some two years ago,” according to Plug In America.

Based on “sales data from recent reports,” Plug In America determined that Rich Salmon of Grand Bay, Alabama, reached this important EV sales milestone when he purchased a brand-new Mitsubishi i-MiEV on May 16 of this year.

“I was interested in an EV, but I was still on the fence about them,” said Mr. Salmon. “But I took the Mitsubishi i-MiEV for a test drive and I liked it, so I bought it.” Purchased from Pete Moore Mitsubishi in Pensacola, Florida. Mr. Salmon likes his Mitsubishi i-MiEV so much that the local community center he works with is now looking at acquiring an i-MiEV to use as delivery vehicle for their “Meals on Wheels” program to take advantage of its very low cost of “refueling.”

“We congratulate Rich Salmon of Grand Bay, Alabama, on winning Plug In America’s #PIA100K contest,” said Yoichi Yokozawa, President and CEO of Mitsubishi Motors North America, Inc. (MMNA). “We’d also like to thank him for buying our all-electric Mitsubishi i-MiEV. With more than 30,000 i-MiEVs and their related vehicles logging countless safe and trouble-free miles on the roads in such dynamic locales as Southeast Asia, Europe, Japan and North America, Mr. Salmon is in good company.”