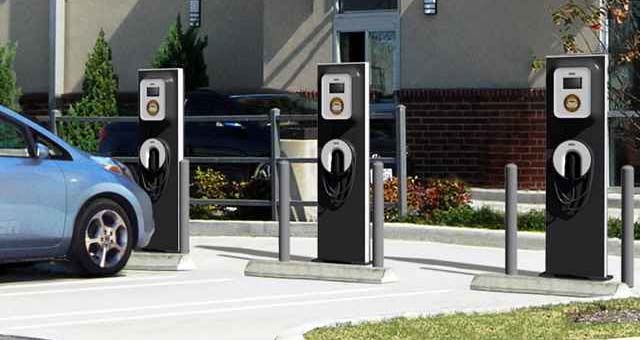 Vermont Gov. Peter Shumlin and Quebec Premier Pauline Marois unveiled the first sites of the Vermont-Québec Electric Car Charging Corridor. The corridor is the result of an agreement between Drive Electric Vermont and the Québec-based Electric Circuit.

The corridor will initially link Burlington and Montréal and – thanks to the more than 20 charging stations installed along the route – will give electric vehicle drivers assurance that they can charge when needed along the route between Vermont and Québec.

The number of charging stations is expected to increase with the signing of new partnership agreements. Construction of the stations is progressing smoothly, and the 138 mile corridor which includes I-89 and Highway A-10, Rte 104 and Rte 133, is expected to open this fall.

In addition to announcing the initial corridor, the agreement also envisions continued cooperation towards installing similar corridors on other cross-border routes, including Magog-Sherbrooke-St. Johnsbury.

The initiative is the result of discussions that began at the most recent Conference of New England Governors and Eastern Canadian Premiers (NEG-ECP) and provides a powerful example of what cross-border cooperation can produce. The State of Vermont, Québec, and a group including Hydro-Québec, Green Mountain Power Corporation, the Burlington Electric Department, and Drive Electric Vermont, are currently looking into other ways to bolster public infrastructure for electric cars.

The official opening of the corridor will take place this fall.