Running Costs for EVs ‘On Par’ With Hybrids, Conventional Vehicles 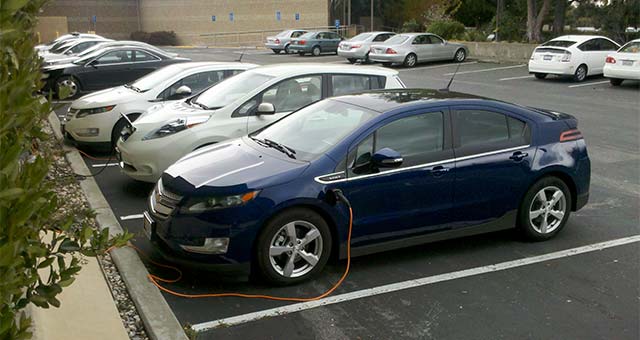 Consumers who purchase an electric vehicle will find that costs to own the vehicle are competitive with conventional and hybrid vehicles, according to an analysis conducted by the Electric Power Research Institute (EPRI).

The EPRI study, based on the pricing for the automotive products for the 2013 model year, compares the Chevrolet Volt and Nissan Leaf with gasoline-fueled cars that reflect average costs for different makes and models.

Nissan lowered the price of the Leaf by about $6,000 in January. It looks at several factors, including gasoline and power prices, incentives, financing, driving patterns and maintenance.

The cost advantage of plug-in electric vehicles increases as gasoline costs rise and decrease as they fall. Plug-in electric vehicles can still be competitive with lower gasoline costs, but payback will take a longer period. If a buyer finances a vehicle purchase, total monthly expenditures for all options will be within 15 percent of the conventional vehicle purchase, so buyers can reasonably make a purchase decision based on their personal preferences.

According to the report, lifetime costs for the Nissan Leaf are lower than that of the comparison vehicles. However, the variation in costs is much higher for the Leaf than for the Volt – up to 30 percent of total costs. This variation means that while most drivers will benefit significantly from the Leaf potential buyers need to consider whether their driving needs are suited to the characteristics of a battery electric vehicle.

The study assesses both cash and financed purchases for electric, hybrid and conventional vehicles. The monthly outlay during the loan period is a key indicator of affordability and may obscure the overall cost-competitiveness of vehicles for the life of the vehicle or the entire time of ownership.

The report also finds that lifetime costs for the Volt are close to the comparison conventional vehicle and comparison hybrid, indicating that increased up-front costs are offset by fuel savings. The variation in costs is relatively low between the best-matched and worst-matched, at about 5 percent. This makes the Volt a low-risk cost option for buyers interested in a plug-in electric vehicle.

The EPRI analysis focused on the Leaf and Volt because the plug-in vehicles have been on the market the longest, have generated the greatest sales volume and provide data on real-world performance.

“Our analysis indicates that capital costs and operating costs are reasonably well balanced at the current time for most vehicle comparisons. Changes in the price of gasoline will affect this balance and will cause significant changes in payback time. Favorable state incentives or equivalent changes in capital costs for vehicles will have a larger impact than fuel prices, and will significantly improve payback time, total ownership cost, and monthly expenditure,’ said Mark Duvall, Director of Electric Transportation research at EPRI.