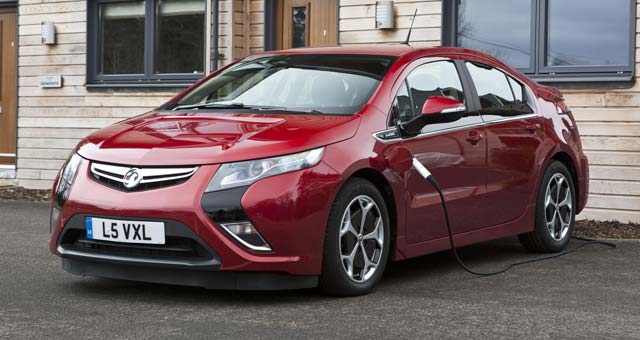 One of the UK’s first suppliers of electricity and leading distributor of electrical equipment, Edmundson Electrical has invested in three Vauxhall Ampera E-REVs, the award-winning Chevrolet Volt cousin.

“I rely on my car for work and cover relatively high mileage each month including a daily commute of over 35 miles from my home to the office,” said Jo. “The E-REV technology in the Ampera means I get all of the benefits of an electric car but with none of the disadvantages such as range-anxiety. It feels just like a normal car.”

As part of Edmundson’s commitment to the environment, Jo has had electric vehicle charging facilities installed at both his home and his work place. Ellis’s Ampera, which will cover around 100,000 miles over its four years on the company’s fleet, has been joined by the arrival of the second Ampera, which will be driven by Danny Fegan, Branch Manager of the St Helen’s office. They will shortly be joined by a third Ampera at the Twickenham branch.

Edmundson Electrical which was founded by Joshua Edmundson in 1801, went on to become one of the first suppliers of electricity in the UK and is now one of the leading distributors of electrical equipment to trade and industry.