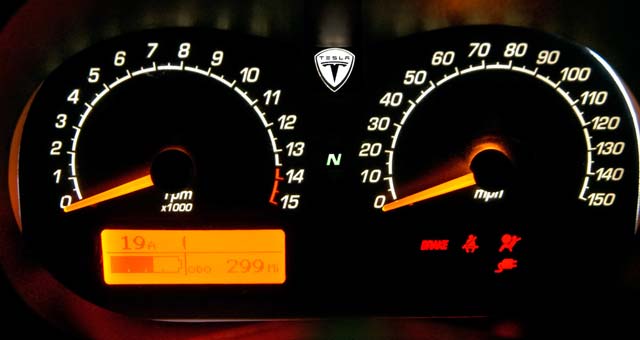 Tesla Motors today said it has paid off the entire loan awarded to the company by the Department of Energy in 2010.

In addition to payments made in 2012 and Q1 2013, today’s wire of almost half a billion dollars ($451.8M) repays the full loan facility with interest. Tesla paid off the loan nine years ahead of schedule, with taxpayers making at least $12 million on the original $465 million loan.

Following this payment, Tesla will be the only American car company to have fully repaid the government.

For the first seven years since its founding in 2003, Tesla was funded entirely with private funds, led by Elon Musk. Tesla brought its Roadster sports car to market with a 30% gross margin, designed electric powertrains for Daimler (Mercedes) and had done preliminary design of the Model S all before receiving a government loan.

In 2010, Tesla was awarded a milestone-based loan, requiring matching private capital obtained via public offering, by the DOE as part of the Advanced Technology Vehicle Manufacturing program. This program was signed into law by President Bush in 2008 and then awarded under the Obama administration in the years that followed. This program is often confused with the financial bailouts provided to the then bankrupt GM and Chrysler, who were ineligible for the ATVM program, because a requirement of that program was good financial health.

The loan payment was made today using a portion of the approximately $1 billion in funds raised in last week’s concurrent offerings of common stock and convertible senior notes.

“I would like to thank the Department of Energy and the members of Congress and their staffs that worked hard to create the ATVM program, and particularly the American taxpayer from whom these funds originate,” said Elon Musk. “I hope we did you proud.”

UPDATE: Chrysler Group, in reaction, noted that almost exactly two years ago—24 May 2011—it had repaid (in full and with interest) US and Canadian government loans, more than six years ahead of schedule.