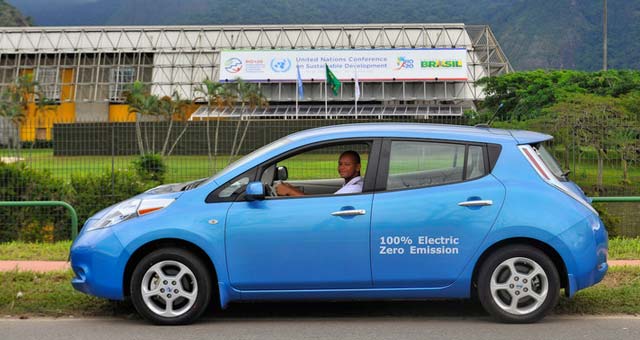 Aware of the opportunities in the electric vehicle market, the Renault-Nissan Alliance invests in Rio de Janeiro’s Carnival in 2014 and Olympic Games 2016.

It may seem slow, but the hybrid and electric vehicle has occupied more space in the global market. A proof of this is that in the last week the U.S. Plug-In America announced that sellers of hybrids and electric cars will reach the number of 100,000 sales in the U.S. alone by the end of May. This number is significant, especially if we consider that sales began 3 years ago in the country.

Another encouraging fact for proponents of electric mobility, was the last week release of the Navigant Research, revealing that although Europe has sold less than 37,000 units of EVs and hybrids in 2012, the continent should sell around 849,000 units by 2020.

Moreover, it is difficult to spend a month without any announcement of new models of electric and hybrid vehicles coming to the market. Taking into account that there are about 200 manufacturers around the world, and that nobody would want to stay out of this thread, it won’t take too long to have an equal number of hybrid and electric models on the streets.

In addition, there is the fact that new countries are adhering to electric mobility. In Brazil, for example, there are at least five bills waiting to vote in Congress for their regulations. Automakers and companies interested in the industry, such as electric utilities, are anticipating solutions such as the creation of a smart grid charging stations for electric vehicle test.

Renault-Nissan Alliance is building a factory in Rio de Janeiro with 200 million units annual capacity, which will be starting production in January 2014 (probably adapted to produce EVs). Indeed, the Alliance has spared no effort to make electric mobility a reality in the second largest city in Brazil.

Besides being the official sponsor of the Olympic Games to be held in Rio de Janeiro in 2016, the Renault-Nissan Alliance has just become a sponsor of Grêmio Recreativo Escola de Samba Acadêmicos do Salgueiro, an important Samba School in Rio’s Carnival and the parade will honor the Alliance sustainability principles in 2014. It is the first time an automaker makes this kind of investment in Rio de Janeiro’s Carnival.

Carnival is the most popular festival in Brazil. It is held for four days and the last one is the day before Ash Wednesday (beginning of Lent) and it is broadcast in more than 180 countries. The Carioca Carnival is the most famous carnival in the World. The local government injected in 2013, more than R$ 35 million (US$17,5 million) for the parades and each of the 12 Samba Schools of the special group invested between R$ 5 million and R$ 9 million (between US$ 2.5 and US$ 4.5 million) to move, in just over an hour, through the Sambadrome.

A Samba School from the special group in Rio de Janeiro generates more jobs and income than many Brazilian companies. The city received in the summer of 2013 more than three million tourists, who left in the city more than R$ 4 billion reais (US$ 2 billion).