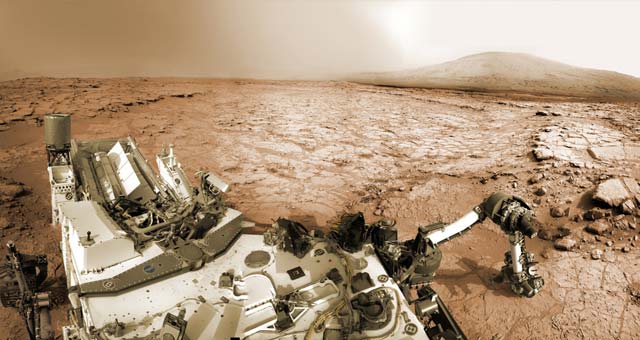 That was the farthest total distance for any NASA electric vehicle driving on a world other than Earth until Thursday.

The international record for driving distance on another world is still held by the Soviet Union’s remote-controlled Lunokhod 2 electric rover, which traveled 23 miles (37 kilometers) on the surface of Earth’s moon in 1973.

Opportunity began a multi-week trek this week from an area where it has been working since mid-2011, the “Cape York” segment of the rim of Endeavour Crater, to an area about 1.4 miles (2.2 kilometers) away, “Solander Point.”

Most electric vehicles on the road today rely on li-ion batteries, which must be plugged in and recharged on a regular basis. Mars rovers are millions of miles from the nearest electrical outlets or charging station, so they take a different tack.

The much larger Spirit and Opportunity also rely primarily on solar panels and rechargeable lithium-ion batteries to store power for times when the sun isn’t shining.

Curiosity, on the other hand, is powered by a radioisotope thermoelectric generator (RTG), which converts the heat generated by the radioactive decay of plutonium-238 into electricity. RTGs have powered many NASA deep-space probes over the decades, including the twin Voyager spacecraft, which are knocking on the door of interstellar space.

The infographic below illustrates comparisons among the distances driven by various wheeled vehicles on the surface of Earth’s moon and Mars. 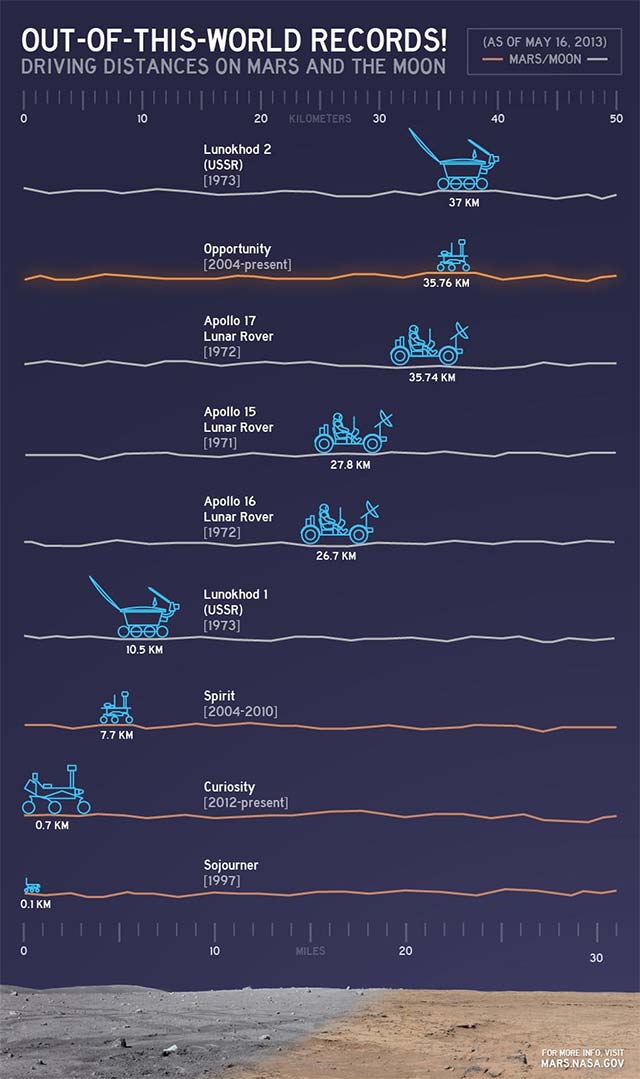 May 19, 2013Blagojce Krivevski
Worldwide Capacity of Lithium-Ion Batteries for EVs Will Multiply More than 10-Fold by 2020Annual Sales of Electric Motorcycles and Scooters in North America Will Multiply Nearly Ten-Fold by 2018