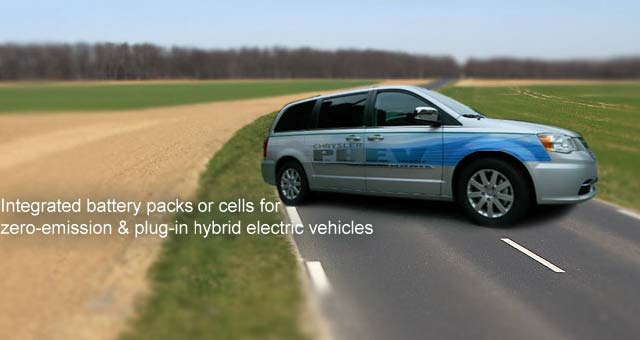 Electrovaya says the SuperPolymer 2.0 battery technology represents the integration of their automotive and grid knowledge, recent safety enhancements in the aerospace sector and their overall vision of the future design of advanced batteries.

This technology meets the demands of a wide range of applications including electric vehicles, marine, telecom, grid, residential storage and more.

The module-level and system-level improvements are a result of intensive development at Electrovaya as well as the addition of intellectual property acquired from Tata Motors through the August 2012 acquisition of Miljobil.

NMP is known to have a negative effect on human health and many countries have set occupational exposure limits.