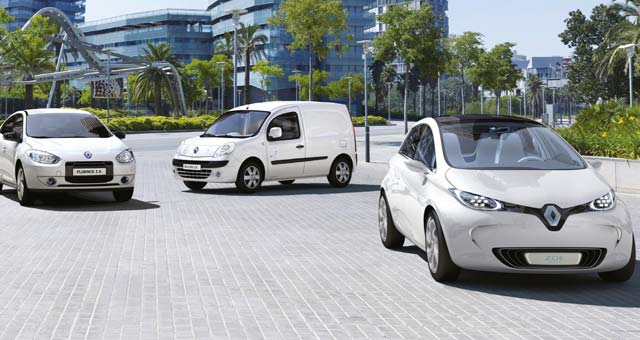 2,000 Renault ZOE and 100 Renault Fluence Z.E. vehicles will be ordered over three years.

As part of the call for bids launched in October 2012, Renault positioned ZOE in the “Versatile 4-seater electric vehicle” category and Fluence Z.E. in the “Compact electric sedan” category.

With Renault ZOE and Renault Fluence Z.E., UGAP benefits from a comprehensive, cutting-edge electric mobility offering that meets the needs of the government and public authorities and contributes to the development of the public electric vehicle population.

In all, Renault will supply more than 17,000 electric vehicles in the next three years to UGAP for the public order and to the order group of 20 large companies for the initial call for bids, as part of which more than 15,000 Kangoo Z.E. vehicles are currently being delivered.