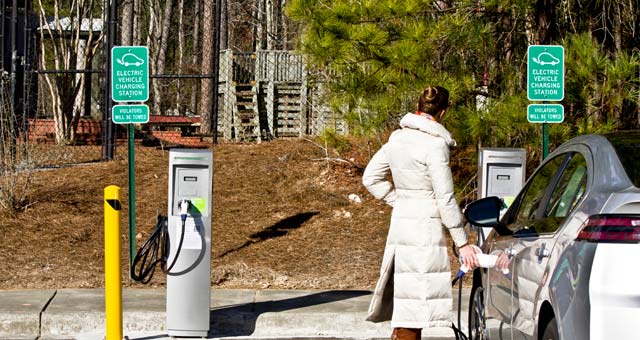 The plan calls for the installation of 10,000 charging spots for electric vehicles over the next seven years.

We’re already the most tech-friendly, transparent government in the country and now we’re raising the bar again. We’ll make New York City a national leader in another new technology: electric vehicles. This year we’ll pilot curbside vehicle chargers that will allow drivers to fill up their battery in as little as 30 minutes as opposed to the normal 8 hours.

About 10,000 new spaces are created every year in the city, mostly in new buildings. There are only 100 public charging stations in the city now.

The mayor also plans to add 50 more electric vehicles to the city’s fleet of cars, and put the first six fully electric taxis on the road, with the goal of making one-third of the taxi fleet electric by 2020.