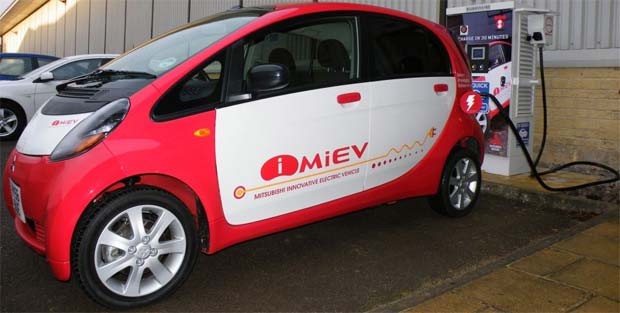 The European Commission has revealed plans to promote green and fuel-efficient vehicles, primarily focusing on the role of electric cars rather than biofuel-powered vehicles.

Giving a boost to electric cars, the commission said it will promote the development of a network of publicly accessible high-voltage charging stations around Europe. It also aims to produce European safety and technical standards for these stations by 2011.

Electric cars figure prominently in the strategy, because the EU has already introduced standards for other cars that use alternative fuels. Moreover, technological breakthroughs, such as batteries that stay charged for longer, have made electric cars more attractive to consumers – and perhaps closer to mass marketing than some of their green rivals.

To support the massive deployment of electric cars, the EU executive suggests encouraging the widespread installation of accessible charging points, as is the case now for petrol vehicles.

The adoption of common standards across the EU is also crucial to make recharging possible across the continent.

“Without strong standardisation work, I think it will be difficult to develop a market for electric cars,” said industry commissioner Antonio Tajani

The take-up of electric cars is expected to have a massive positive effect on the environment in terms of reducing greenhouse gas emissions and pollution. However, in order to achieve these results, the Commission underlines that the electricity consumed by the new generation of smart cars must come from low-carbon energy sources.

Detailed legislation is also needed to regulate the usage and recycling of batteries, which could have a detrimental effect on the environment if not properly managed.