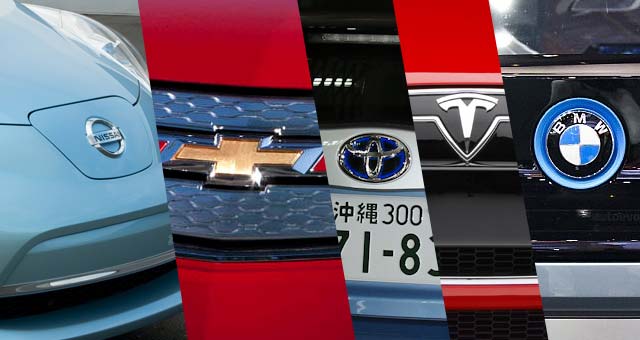 Since the launch of the Nissan Leaf and Chevrolet Volt, in late 2010, plug-in electric vehicles have become more widely available in Asia Pacific, North America, and Western Europe.

Hybrid electric vehicles, which first appeared a decade earlier, are now selling steadily in those regions as well.

Sales of EVs have not lived up to automakers’ expectations and politicians’ proclamations, but the market is expanding steadily as fuel prices remain high and consumers increasingly seek alternatives to internal combustion engines.

However, according to a new report from Pike Research, annual worldwide sales of plug-in electric vehicles will reach 3.8 million by 2020.

Hybrid electric vehicles are forecast to be the largest segment of electrified vehicles throughout the forecast period, with sales anticipated to reach 2.1 million in 2020, or 2.1% or the total vehicle market compared to 1.8% for plug-in electric vehicles.

Despite political targets that are likely to be missed, these assumptions point to robust growth worldwide for electric vehicles, with hybrids growing at a compound annual growth rate (CAGR) of 6%, and plug-in electric vehicles (combined plug-in hybrid and battery electric) growing at a CAGR of 39% between 2012 and 2020.

Japan, the United States, and China are anticipated to be the largest markets, with Japan accounting for between 45% and 50% of the global hybrid electric vehicle market. 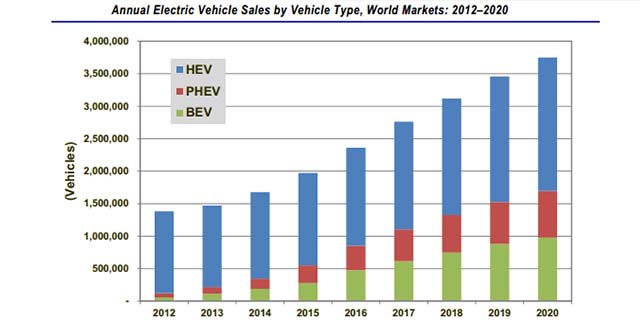