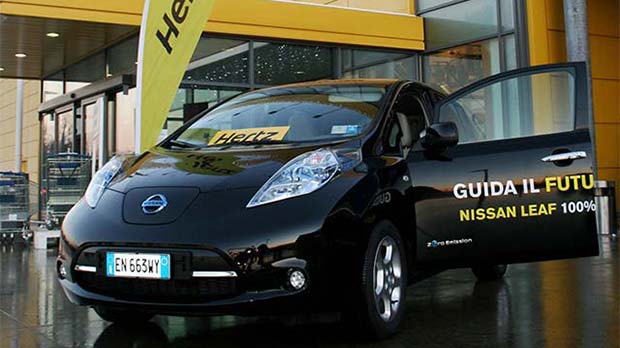 The Hertz Corporation, the world’s largest general use car rental brand, has launched an ElectriCity initiative in Milan to provide Nissan LEAF electric vehicles for rent by the hour or day.

The Nissan LEAFs can be rented from Hertz Milano Centrale railway station location (Via Cappellini 10), and are bookable online at hertz.it.

IKEA, which hosted the official launch at its Milan – San Giuliano store, has agreed with Hertz to offer a specially discounted rental price for member customers of the IKEA Family.

Hertz plans to increase its global EV presence by deploying vehicles in other countries in the coming months. Hertz Global EV will continue to leverage the company’s rental and car sharing locations as bases for vehicles and charging stations, and tap into its technology – including sophisticated fleet management tools and consumer-facing GPS systems, including Hertz NeverLost in the U.S. – to help form an EV grid.