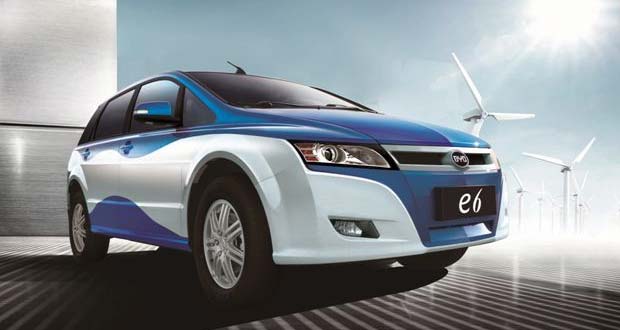 Praco Didacol, BYD’s Colombian distribution partner, announced that BYD e6 all-electric crosovers will be placed into Taxi service as of Q1 2013 in the Colombian capital Bogota.

The District Government authorized this scalable all-electric Taxi pilot in an effort to improve the air quality in Colombia’s dense cities.

Forty-nine (49) BYD e6, 5-passenger, all-electric crossovers received approval from the Colombia Ministry of Transportation to operate as taxis in the city of Bogota.

A measure was adopted by the Ministry of Environment in 2009 so that these types of vehicles could be imported with zero tax and electric cars in Bogota do not have license plate restrictions like other petroleum vehicles.

BYD is one of the world’s leaders in electric vehicle manufacturing – BYD’s fleet vehicles have accumulated over 50 million kilometers (or >30 M fleet miles) as of Dec 2012.