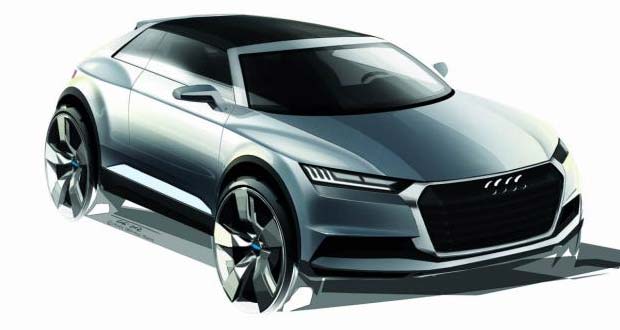 Audi and parent company Volkswagen, like most major manufacturers, are now investing serious amounts of time and money in new powertrain development.

Volkswagen Group, after giving us a glimpse of its electrified vehicle plans, are now working on an ultra-efficient city car that get 282 mpg miles per gallon and could come to market in three years.

The Audi effort is related to a 1.0-liter car that parent Volkswagen AG premiered as a concept L1 vehicle in 2009, a full-hybrid vehicle that weighed just 380 kg and was intended to become the world’s most fuel-efficient automobile and in the XL1 concept.

In an interview with AutoCar, Wolfgang Durheimer revealed that Audi was working on an ultra-efficient car, based on the A1 platform, that would deliver outstanding fuel efficiency. The “1.0-liter car” will be both affordable and practical, using some kind of hybrid system most likely in conjunction with a small diesel engine.

While Durheimer didn’t go into any details, he did say that it won’t use parent company Volkswagen’s two-cylinder TDI that debuted in the 313 mpg XL1 two-seater.

The car could use some carbon fiber parts, made by a process of injection-moulding, which greatly reduces the time and cost associated with the ultra-strong material.

So what Audi and Volkswagen are talking about is creating and bringing to market vehicles that will be twice as efficient as EVs now available and four times as efficient as today’s best hybrids.

To refresh your memory, the VW XL1 Concept combines a 0.8-liter TDI engine, 20 kW electric motor, lithium-ion battery pack and a seven-speed dual-clutch transmission to achieve an astonishing 0.9L/100 km (261mpg US or 313 mpg UK), while emitting just 24 g/km of CO2. The included plug-in system, along with the XL1′s low drag (Cd 0.186) and extensive use of lightweight materials has the potential to make the concept the most efficient vehicle to ever grace public roads.