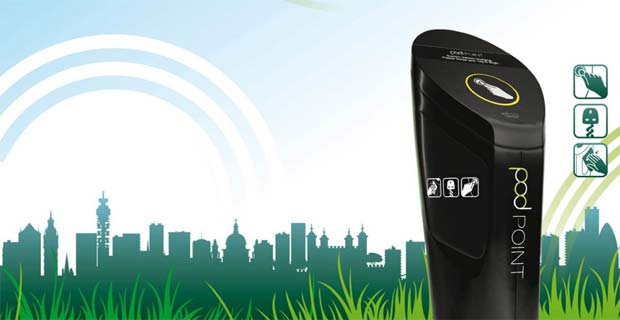 This integration is intended to fast-track a network of public charging infrastructure that will rival the most advanced geographic areas in the United States, where provision is currently dominated by players such as Coulomb Technologies with their ChargePoint America Project.

EV rapid chargers are typically installed at transport hubs such as motorway fuelling stations, airports and city centre car parks, to service the needs of EV drivers who cannot ‘return to base’ to recharge their car.

ABB’s rapid chargers include the Terra 51 fast charger, which was launched earlier this year and can provide an 80% charge ‘top up’ within 15 minutes.  They will be networked using POD Point’s back office systems using the Open Charge Point Protocol (OCPP), which is rapidly becoming the industry standard for networking EV charging stations.

This is particularly vital in the UK, where the government’s Transport Select Committee recently recommended that the UK’s Department for Transport should set out how it will work to remove barriers to charge point access across the country.

POD Point’s collaboration with ABB extends across Europe, and current projects include the integration of ABB chargers into the Eire’s ESB back office system, and the installation of rapid chargers in Norway with EV Power.

In the UK, ABB have installed rapid chargers in the Midlands, Northern Ireland and Scotland with plans for London and Wales.