City of Montreal to Join the Electric Circuit 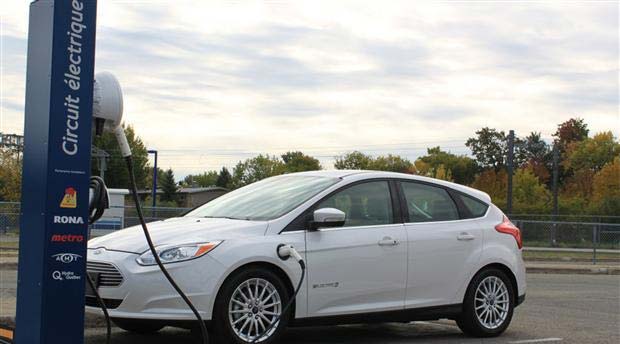 The City of Montréal is announcing its intention to join The Electric Circuit and roll-out public charging stations for electric vehicles on its territory in 2013.

Thanks to The Electric Circuit, the City of Montréal will offer its boroughs the possibility of purchasing and installing charging stations. The City and interested boroughs will choose the locations with the greatest potential to ensure the best possible geographical distribution. More than ten boroughs have already expressed their interest.

In addition to these charging stations, a pilot project for the installation of curbside charging stations will be implemented in downtown Montréal. This project will help determine the nature and scope curbside public charging needs. It will be a first in Québec and Canada.

The Electric Circuit is a major milestone in the rollout of the charging infrastructure needed to support the arrival of plug-in electric vehicles in Québec. It is pursuing its expansion throughout several Québec regions.

The Electric Circuit now has over 90 240-volt Electric Circuit stations in operation. By the end of the year, there will be 150. The greater Montréal and Québec areas, Laval, Montérégie, Estrie, the Laurentides and Lanaudière are among the regions served. The Outaouais, Bas-St-Laurent and Chaudière-Appalaches regions will be added to this list in 2013. After that, the roll-out of 240-V and 400-V charging stations, which allow for quicker charging, will be deployed to meet charging needs as more electric vehicles hit Québec roads.

The network will continue to expand in order to offer broader geographic coverage and serve more EV drivers. To meet the future demand for public charging stations, Hydro-Québec has announced that it will be coordinating a second open request for proposals by the end of the year on behalf of the Electric Circuit.

EV owners do most of their recharging at home and at work, but the public charging infrastructure means that they can “fill up” on the road whenever they need to. Electric Circuit users also have access to a 24/7 telephone help line run by CAA-Québec, as well as a charging station locator service.

The Electric Circuit Web site, www.theelectriccircuit.com, is updated as new stations are installed or commissioned.