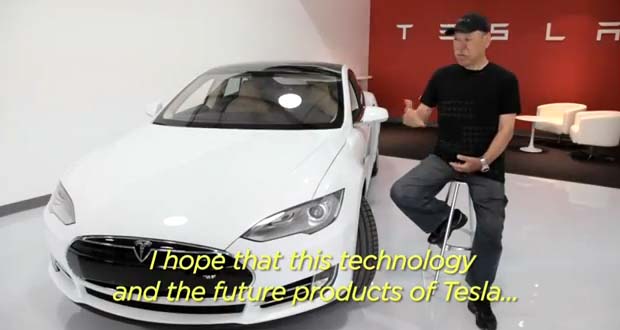 Tajima attempted to conquer the Pikes Peak International Hill Climb this year in his custom-built all-electric E-Runner, but the car break down after only about a mile.

Tesla Motors recently put him behind the wheel of the 2013 Model S sedan on a test drive down some curvy California roads.

Monster Tajima is not the kind of guy who pretends he likes a car for commercial reasons. Tajima was impressed with the Model S’ performance, going so far as to say “the car I test drove today was extremely well tuned and balanced.” Just a look at the way he’s grinning behind the wheel says it all.