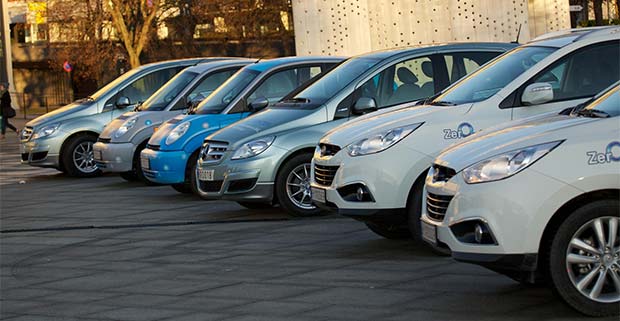 The tour will last one month, with special event stopovers in nine European cities, where interested public will be given the opportunity to experience the benefits of this alternative drivetrain. Several cities on the tour route will be the first opportunity for the general public to approach and test drive FCEVs where the only emission is water.

The event aims to reach out to politicians, industry leaders, press and public to help improve awareness around FCEVs, delivering a clear message. While the technology exists for Hydrogen Vehicles today, there is a real need to improve hydrogen distribution infrastructure. This tour also marks the most widespread effort to promote FCEVs in Europe this year.

The European Hydrogen Road Tour 2012 is part of the “H2moves Scandinavia” project. The project is the first European Lighthouse Project for hydrogen funded by the European Fuel Cells and Hydrogen Joint Undertaking program launched by the European Commission and European industry stakeholders.

The project focuses on gaining customer acceptance for hydrogen-powered FCEVs and preparing the market for hydrogen fuel cell technology. The experience from operating 19 FCEVs in Oslo and Copenhagen and the corresponding hydrogen refueling infrastructure shows that the technology is reliable now even in harsh Scandinavian winters.