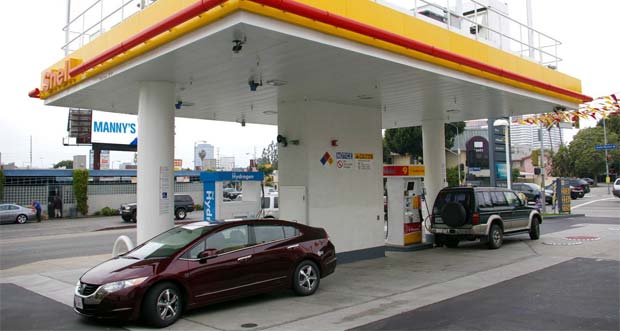 Shell has opened a new hydrogen filling station in Newport Beach, California, where fuel-cell drivers fill up at no charge.

The Shell-branded hydrogen station will be open 24 hours a day.

Local hydrogen fuel-cell vehicle drivers will be trained to use the dispensers at the Newport Beach station using personal access codes. Initially, Shell expects 10 to 12 drivers to fill their tanks each day at the site’s two pumps.