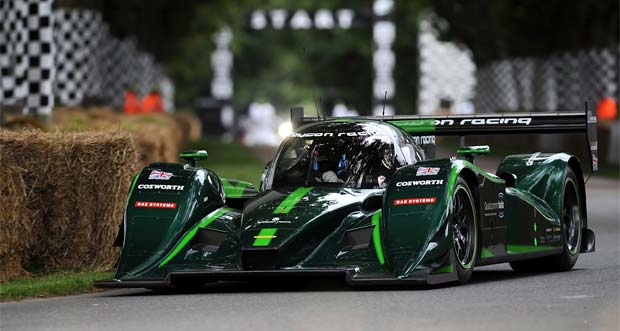 Visitors to the UK’s largest annual B2B low carbon vehicle event for manufacturers, technology providers and fleet operators – Cenex’s LCV2012 – will have an opportunity to see one of the world’s fastest electric cars in action: the 850 bhp Lola-Drayson B12/69EV electric Le Mans racer.

The demonstration of the Le Mans Prototype-style racer at LCV2012 is part of a new collaboration between Cenex and the Motorsport Industry Association (MIA) whose Honorary President, Lord Drayson, is also Managing Partner at the Drayson Racing Technologies team.

The two organisations will co-present the showcase seminar, ‘High Performance, Low Carbon’, on the first day, Wednesday 5 September, of LCV2012.

LCV2012 is the fifth annual B2B low carbon vehicle event, returning to Millbrook for the fourth time.  Last year, LCV2011 attracted more than 2,300 delegates from the low carbon vehicle sector (up 32 per cent on 2010) and 110 exhibitors, including high-profile vehicle manufacturers such as Jaguar Land Rover, Ford, Nissan and General Motors, as well as a host of technology and infrastructure suppliers.

The car will be powered completely by electricity stored in a new generation of highly advanced Lithium Nanophosphate battery cells made exclusively by A123 Systems and used for the first time on the Lola-Drayson electric racing car. These cells are housed in a battery pack manufactured by Mavizen and these drive the four axial flux Oxford YASA motors via inverters supplied by Rhinehart.

Its four electric motors will deliver a whopping 850 horsepower and a top speed of around 200 mph.