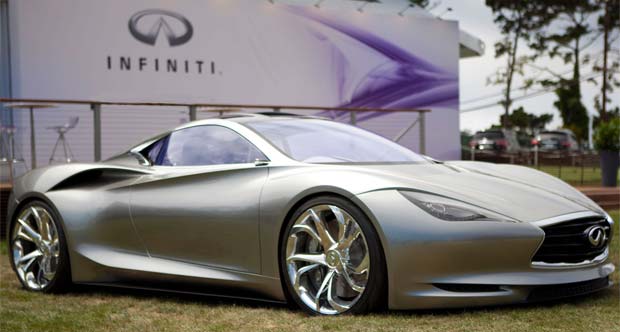 The Infiniti Emerg-e Concept makes its U.S. debut this weekend at the 62nd annual Pebble Beach Concours d’Elegance event to be held in California, US, this weekend.

As the first mid-ship sports car the marque has ever produced, Infiniti Emerg-e takes the Infiniti design vocabulary in a fresh, intriguing and convincing new direction.

Launched at the Geneva Motor Show earlier this year, the Emerg-e concept also seamlessly blends supercar performance with the ability to function as a true electric vehicle.

The 402-horsepower mid-engined, twin electric motor-powered Infiniti Emerg-e is capable of accelerating from 0 – 60 miles per hour in just 4.0 seconds – and from zero to 130 miles per hour in a single, seamless 30-second burst.  Yet it also operates as a zero-emission urban transport over a 30-mile range.

Infiniti, which has enjoyed a major presence at the event for many years, will be showing a number of special vehicles in addition to the stunning Infiniti Emerg-e, including the Infiniti LE Concept luxury electric vehicle, the Red Bull Racing Formula 1 showcar, and the all-new 2013 IPL G Convertible – the second member of the Infiniti Performance Line.

In June, a fully functioning prototype version of the Infiniti Emerg-e made its bold global debut at the Goodwood Festival of Speed.