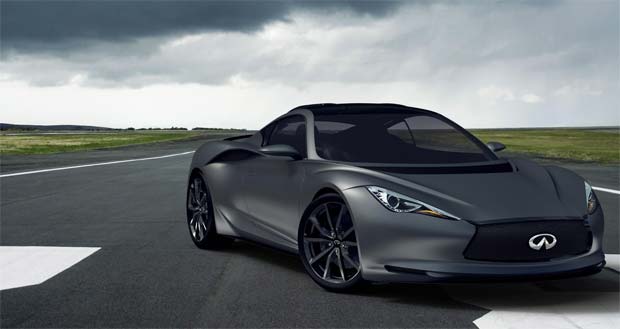 An ‘Inspired Performance’ is guaranteed at the 2012 Goodwood Festival of Speed – the first year that Infiniti, the performance luxury automotive brand from Japan, officially becomes a sponsor of the iconic motoring and motorsport celebration.

Making its world dynamic debut on the hill climb will be Infiniti’s first running prototype of the EMERG-E plug-in hybrid sports car.

When first shown at the 2012 Geneva motor show, the UK-designed and built EMERG-E concept won huge acclaim for its stunning looks and engineering ingenuity. Such a special car demands a safe pair of hands to guide it up the hill each day and they don’t come much safer than F1 pilot Mark Webber, lined up for the Saturday run.

Also powering up the Earl of March’s driveway will be the Infiniti FX ‘Vettel Edition’ and of course there could only be one man to drive it: confirmed for Sunday is F1 double World Champion, Sebastian Vettel himself.

The third Infiniti going up the hill will be the M35h hybrid. The world’s fastest-accelerating petrol/electric hybrid saloon, delivering 41mpg and producing only 159g/km CO2, will power past the festival crowd each day.

The Goodwood Festival of Speed runs between 28 June and 1 July.