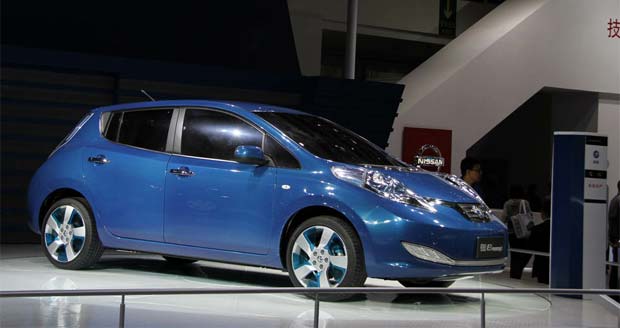 Dongfeng Motor Co., Ltd. (DFL), Nissan’s joint venture in China, announced it will build an all-new manufacturing facility in Dalian, Liaoning Province, China with an investment of up to USD $800 million.

The Dalian plant, scheduled to begin manufacturing NISSAN-branded passenger vehicles, will have an initial annual production capacity of 150,000 units by 2014, and will expand up to 300,000 units.

DFL also signed a contract to deliver 1,000 VENUCIA-branded electric vehicles (EVs) to the pilot program conducted by Dalian Municipal Government by 2014. DFL and the City of Dalian, as a pilot city for alternative-energy vehicles, will collaborate to promote EVs and the infrastructure necessary to support them.

The VENUCIA electric car will share many components from Nissan LEAF, but will be an entirely new “Chinese” vehicle selling under the new low-priced VENUCIA brand that Japanese automaker is creating for the world’s largest auto market.

“Thanks to the Dalian Municipal Government, we are very excited to contribute to this program through the delivery of 1,000 EVs,” said Kimiyasu Nakamura, president of DFL. “Nissan is committed to Zero Emission leadership globally and believe that the electric vehicle is the most viable alternative-energy mobility solution for the Chinese market. DFL will launch the VENUCIA EV adapting Nissan’s advanced EV technology and will continue to work with governments to realize this vision,” he added.