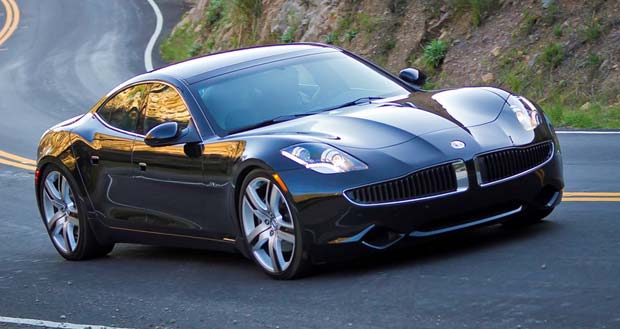 Fisker Automotive, the California-based manufacturer of extended range electric vehicles, published its first business update by announcing that revenues had exceeded USD100m in the first four months of 2012.

Fisker has delivered 1,000 Karma four-door electric sedans, priced from $103,000, in the U.S. and Europe since December. The Karma is able to travel 50 miles (80 kilometers) on lithium-ion batteries before a gasoline engine propels it.

Tom LaSorda, Chief Executive Officer of Fisker Automotive, said: “We are encouraged by solid demand for the Karma, our unique extended-range luxury model. Pending completion of investment sourcing, we are poised to press ahead with further market expansion and development of our higher volume model, the Fisker Atlantic.”

Henrik Fisker, Executive Chairman of the company, said: “There is great confidence from the investment community, our customers and the media in what we have achieved in bringing such a beautiful and innovative car to the marketplace in record time.

“Treading a new path in any industry is never easy, but we have set out to re-define and re-shape the way the world thinks about cars, and I am proud of what the Fisker team has achieved so far.”

He was commenting amid positive feedback from customers and dealers about the quality and performance of Fisker’s flagship model, the Karma – the world’s first luxury four-door electric vehicle.

Fisker said that strong customer demand for the Karma has continued internationally. In the Netherlands, considered one of the most competitive markets for premium vehicles, the Karma ranked second in volume to the Porsche Panamera in the segment for four-door luxury sedans (of all powertrain types) in the January-April, 2012 period.

Success in such markets is expected to continue with further expansion into new territories, including the Middle East. Earlier this month, Fisker signed an exclusive agreement with the Al-Futtaim Group, one of the Middle East’s most experienced automotive distributors, to build Fisker’s sales presence in fast-growing markets for performance and luxury cars. Al-Futtaim and its network of experienced retailers will allow Fisker to reach customers in the U.A.E, Saudi Arabia, Qatar, Oman, Bahrain, and Egypt.

May 29, 2012Blagojce Krivevski
Use of Plastics in Electric Vehicles - Jump in Market Revenues to USD73mNissan to Launch the "LEAF to Home" Power Supply System