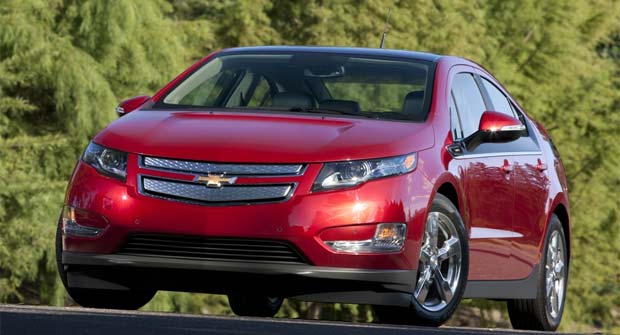 Chevrolet Volt drivers collectively have saved a supertanker of gasoline since the extended range plug-in went on sale, compiling 40 million miles on electricity and avoiding the use of more than 2.1 million gallons of gasoline.

Based on the OnStar monitoring, Chevy says Volts are being driven about 60% of their miles electric-only, so they’ve also gone about 27 million miles using gasoline. Chevy is keeping a running tally of the use on its website here.

“With each click of the odometer, Chevrolet Volt owners are measuring their contribution to reducing America’s dependence on foreign oil and to preserving the environment,” Cristi Landy, Volt marketing director, said in a statement, adding that they saved about $8 million at the pump, minus the cost of the electricity.

Chevrolet Volt has a total driving range of up to 379 miles, based on EPA estimates. For the first 35 miles, the Volt can drive gas and tailpipe-emissions free using a full charge of electricity stored in its 16-kWh lithium-ion battery. When the Volt’s battery runs low, a gas-powered engine/generator seamlessly operates to extend the driving range another 344 miles on a full tank. Typically Volt owners drive an average of 900 miles between fill ups at the gas station.

Chevrolet recently introduced a rolling ticker on its website that showcases real-time daily driving statistics for Volt owners based on OnStar data.