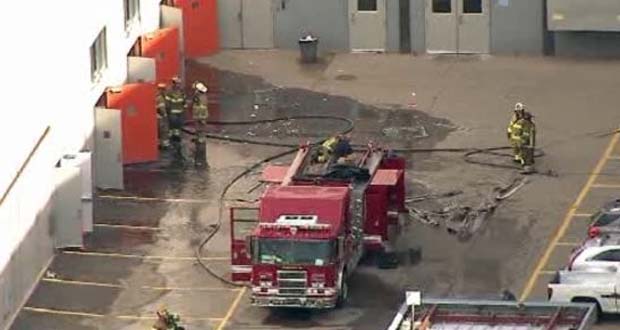 An explosion at a battery lab facility on the campus of GM’s Technical Center in Warren injured at least one employee, according to WXYZ, the local Detroit ABC affiliate.

Deputy Fire Chief Gary Wilkinson said the explosion happened around 8:50 a.m. Wednesday in the research facility’s Alternative Energy Center. He said the cause of the explosion most likely has something to do with a lithium battery.

While Wilkinson said two people were injured during the explosion, a statement issued by GM said the company was aware of only one employee who was injured and taken to an area hospital.

”We are aware of an incident this morning in one of the laboratories at the Alternative Energy Center at the General Motors Technical Center in Warren, Mich. Fire and emergency authorities were called to the scene. The building was evacuated. We are aware one employee was injured and taken to an area hospital. We will share more information as it is confirmed,” GM said in a statement.