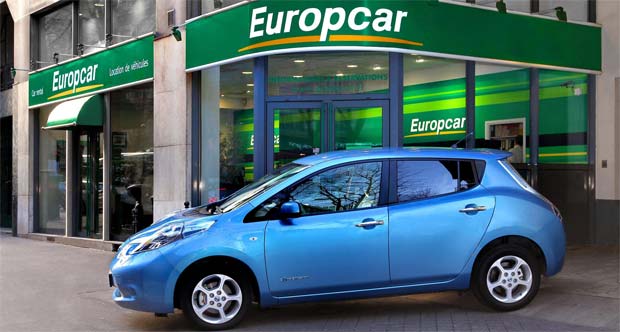 Nissan and Europcar announced that Nissan LEAF will be available for short term hire in two of the world’s busiest capitals: London and Paris.

From February, the 2011 World and European Car of The Year will be available for hire bringing the Nissan LEAF to a wider audience.

Although the Nissan LEAF is as easy to drive as a conventional car, every customer hiring a LEAF will be given a face-to-face handover by a Europcar representative who has been fully trained on the car and its workings.

For Londoners, this will be a particularly important development as Mayor, Boris Johnson, aims to make London the electric car capital of Europe.

In order to make hiring the LEAF even simpler for customers, Europcar will recharge it completely free of charge, even waiving the standard service fee usually made for vehicle refuelling.

Customers can call a Nissan Hotline with any queries they might have about the vehicle, plus, at the end of the hire every customer will be surveyed by Europcar with feedback used to help shape future generations of Nissan electric vehicles.

The pilot scheme, which will initially run for three months, forms a Definitive Agreement between the two companies, and follows a Memorandum of Understanding in which both organisations undertook to investigate ways of jointly promoting the concept of emission-free motoring.

Success of this scheme could potentially see it widened to other cities in France and Great Britain, as well as other countries in Europe.