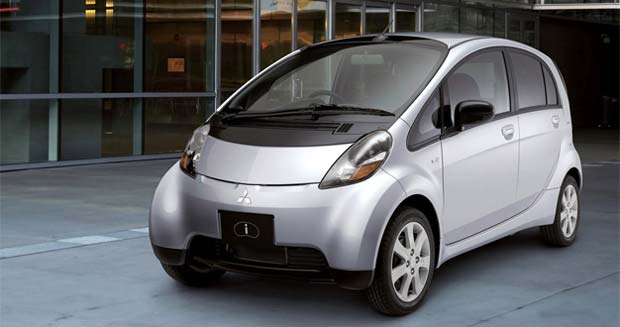 The Mitsubishi i electric car has knocked the Honda Civic Natural Gas car from its eight-year reign as No. 1 on the annual Greenest Vehicles List compiled by the American Council for an Energy-Efficient Economy (ACEEE).

Making its model year 2012 debut on the American market, the Mitsubishi i earns a score of 58, the highest Green Score awarded since the rankings began in 1998.

With a combined city and highway fuel economy of 112 miles per gallon equivalent, the Mitsubishi i outpaces all other vehicles currently sold in United States.

“Even taking into account the emissions generated from the electricity used to power the i-MIEV, it still handily outscores other vehicles on the market today,” said ACEEE lead vehicle analyst Shruti Vaidyanathan.

The Honda Civic Natural Gas, despite its improved fuel economy this year, appears in second place, tied with the Nissan Leaf. Rounding out the top six are the Toyota Prius, the Honda Insight, and the Smart ForTwo. This year, hybrids dominate the “Greenest” list occupying half of all spots. Highly efficient conventional gasoline vehicles also continue to have a presence on the “Greenest” list, claiming three of the top twelve spots.

This year saw the arrival of a number of new hybrid options for drivers from Hyundai, Kia, and Infiniti, but none broke into the top twelve.