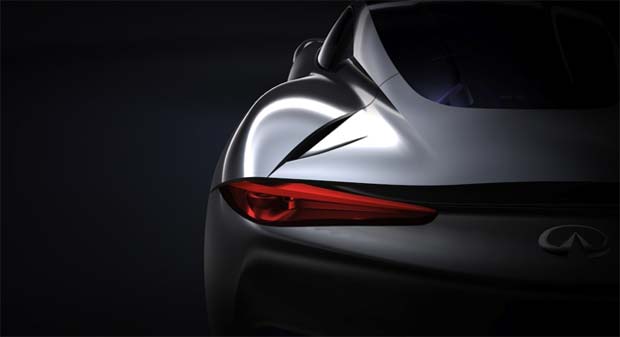 The Infiniti EMERG-E will feature a 1.2 liter internal combustion range-extender together which battery and an electric motor.

By mounting the engine in the middle of the car, Infiniti says the EMERG-E will enjoy a superior weight distribution thanks to its layout.

“The INFINITI EMERG-E will be the first car from the brand to have not only a range-extender drivetrain offering vivid performance with zero emissions capability but also one mounted in a mid-ship package for optimal handling,” Infiniti said in a statement.”

Infiniti EMERG-E will make its worldwide debut at the 2012 Geneva Motor Show in March.