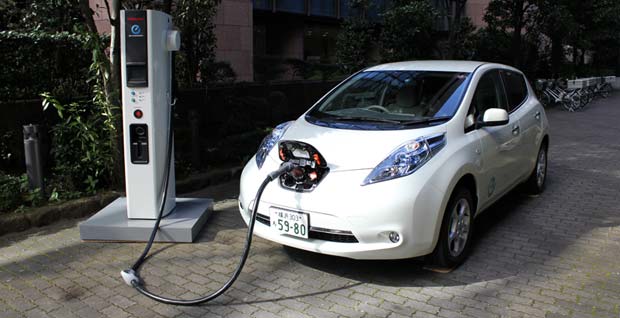 Strategically located, these new points will boost existing networks and give EV customers greater freedom and flexibility by effectively extending the range of their car.

By recharging batteries in a fraction of the time usually needed this radical step will help drive more customers towards electric vehicles such as the Nissan LEAF. The advanced lithium ion batteries in Nissan LEAF can be recharged from 0 to 80% capacity in just 30 minutes using a quick charger.

Although a range between charges of up to 175km (108.7 miles) will be enough for most Nissan LEAF owners, the spread of Quick Charger networks will allow drivers to travel longer distances in a day. Recharging a Nissan LEAF with a quick charger takes a little longer than it takes to refuel a conventional car and is significantly cheaper.

The move follows an agreement between Nissan and five of Europe’s leading utility and EV infrastructure supply companies to speed up the provision of the latest quick chargers developed by Nissan Motor Co., Ltd., which are cheaper – up to half the previous price – and smaller than before. The target is to have a network of quick charge stations across Europe with several thousand units in place by the end of 2012 and tens of thousands by 2015.

Nissan’s new quick chargers are engineered to the CHAdeMo standard and can deliver up to 50 kW of high voltage direct current (DC) electricity. The CHAdeMO – Charge to Move – standard was developed and agreed by a coalition of Japanese companies including Nissan, Toyota, Mitsubishi and Fuji Heavy Industries. Nissan’s QCs, therefore, can be used not just by drivers of Nissan LEAF but also by drivers of EVs from Mitsubishi, Citroen and Peugeot.