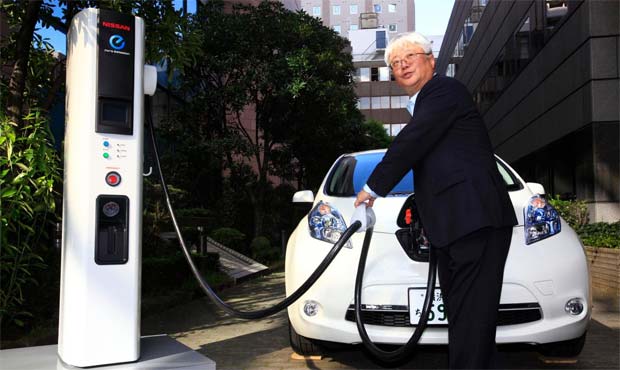 Nissan has developed a new quick charger for electric vehicles that’s smaller, about half the price, and easier to install than the current quick charger manufactured by Nissan.

The new charger complies with CHAdeMO protocol and is compatible with Nissan EVs as well as EVs manufactured by other companies.

The new quick charger will go on sale in November Nissan parts companies throughout Japan in Japan and is planned later for the U.S. and Europe, Japan’s No. 2 automaker said Monday.

Nissan aims to sell 5,000 of the new quick chargers by the end of fiscal year 2015 (March 2016) to contribute to the ongoing development of the EV quick charging infrastructure in Japan.

The basic model of the new charger will cost about half the price of the current model, which is stockier and has more parts, and costs 1.47 million yen ($19,000). The higher-grade model for outdoors will also be cheaper and cost under 1 million yen ($13,000).