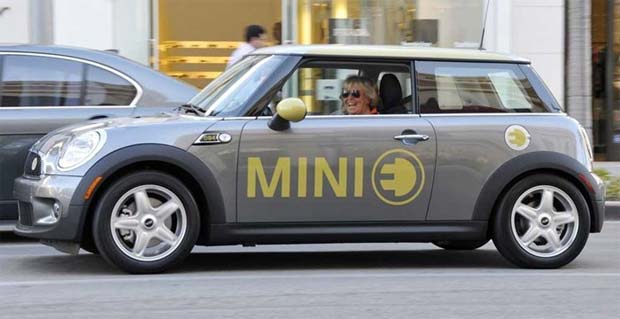 Electric car manufacturers need to cut prices if they want to energize the market, the British Car Rental and Leasing Association has warned.

According to August sales figures released by the Society of Motor Manufacturers and Traders (SMMT), just 812 buyers have taken up the Government’s £5000 Plug-In-Car Grant so far this year, suggesting that electric cars are still too expensive for most consumer and fleet buyers.

“More than a dozen new electric and hybrid cars are set to hit the UK market over the next year, but most of them will be decorating showrooms unless manufacturers are more realistic on pricing,” said BVRLA chief executive, John Lewis.

“Ultra-low carbon transport is a necessity and electric cars have a big part to play in getting us there but these cars are simply too expensive for most fleets at the moment.”

A simple calculation of ownership costs by the BVRLA suggests that a Nissan LEAF would cost £5,000 more to run than an equivalent diesel car over the typical three-year, 36,000 mile life cycle of a company car.

Earlier this summer the BVRLA and the SMMT held a joint workshop to answer many of the questions fleets had about electric and hybrid cars. As a result, the BVRLA has today published a Business Guide to Electric Cars, which addresses many of the most pressing questions about operational issues including charging, batteries, servicing and repairs, range anxiety and safety.

The guide also gives a good indication of the potential financial implications of running an electric car.

Other report released today by Element Energy and commissioned by the public-private Low Carbon Car Partnership (LCVP) suggested that electric cars will not be able to compete with conventional cars on price until 2030.

The total cost of ownership – the upfront price and running costs such as fuel and insurance – of environmentally friendly electric cars is currently around £5,000 more than petrol and diesel cars.

Electric cars today cost around £30,000 without a government grant of £5,000 – nearly double the equivalent petrol and diesel rivals. But they are cheaper to run, with a Nissan LEAF costing around 2p per mile compared to 14p for a Ford Focus.

The reports can be downloaded free at: http://www.bvrla.co.uk and http://www.lowcvp.org.uk