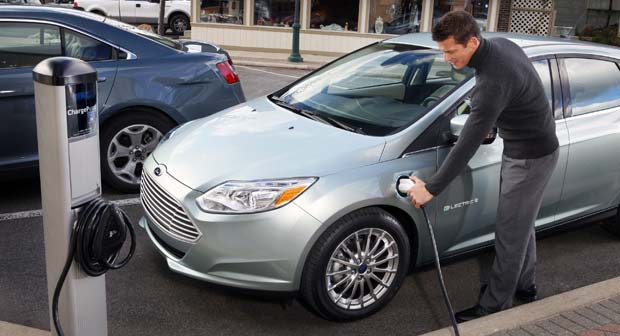 California’s electric car subsidy for consumers is back, but it’s been cut in half, the California Air Resources Board announced Thursday.

In the past, buyers of all-electric cars could receive a $5,000 rebate, but the program ran out of money last month. Almost 2,000 rebates have been issued or are in the process. Rebate amounts ranged from $1,500 to $5,000, depending on the vehicle purchased.

About $11.1 million was available from the 2009 launch of the program through this past June.

Now the California Air Resources Board approved spending $15 million to $21 million to fund the program and the maximum rebate will be $2,500. People who buy plug-in hybrid cars or electric motorcycles will receive smaller amounts.

State officials estimate there is now enough money to pay rebates to an additional 5,000 to 6,000 buyers.