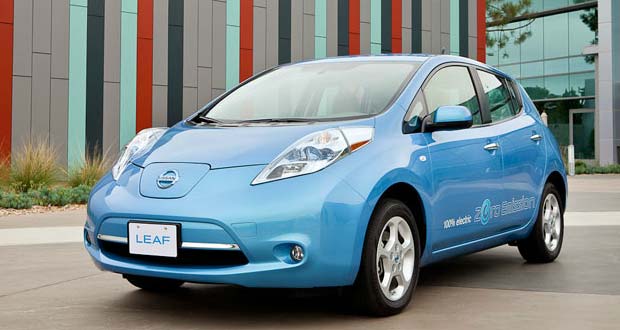 The 2012 Nissan LEAF will cost $2,420 more but will have more standard features when it goes on sale this fall, Nissan North America announced Tuesday.

Including the $7,500 federal tax credit for which the 2012 Nissan LEAF will be fully eligible, the consumer’s after-tax net value of the vehicle will be $27,700.

The 2012 Nissan LEAF, enriched with additional standard equipment including quick charging and cold-weather features, now will be available for order in the Southeastern United States and Illinois.

After the prioritized ordering phase for existing reservations in those markets, Nissan on Aug. 4 will open new reservations and orders to the general public, both in these new markets, as well as places where the Nissan LEAF already has been on sale (Arizona, California, Hawaii, Oregon, Tennessee, Texas, and Washington). Expected delivery of the first 2012 Nissan LEAFs will begin in the fall.

The 2012 Nissan LEAF features product enhancements that incorporate feedback from early LEAF drivers, including standardizing the most popular options.

These features include:
• DC Fast Charge capability standard on Nissan LEAF SL: The vast majority of MY11 consumers have opted for the DC fast charge port, which allows the vehicle to be charged at 480V – reducing charging time to under 30 minutes for charging the vehicle to 80 percent from a fully depleted state. As DC fast charge stations proliferate across the country, Nissan expects this feature to become even more popular. For 2012, fast-charging capability will be standard on the SL trim level.
• Cold weather features standard on Nissan LEAF: As the Nissan LEAF rolls out to U.S. markets with colder climates, cold weather features become standard equipment on all trim levels of the Nissan LEAF. These include a battery warmer, heated steering wheel, and heated seats in both the front and rear.

Nissan said it will expand into additional new markets as the year continues. In the fall, orders from existing reservations and new reservations will begin in Connecticut, Colorado, Massachusetts, New Jersey and New York. By the end of the year, Delaware, Indiana, Louisiana, Nevada, Ohio, Pennsylvania, and Rhode Island will be added as markets where the Nissan LEAF will be available for order.

Nissan said that more than 4,000 LEAFs have been delivered to U.S. customers through June, with most of the sales occurring in May and June.