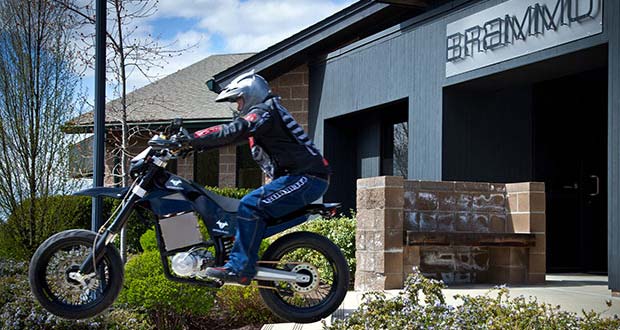 The Integrated Electric Transmission is a mechatronic propulsion unit that emulates the feeling and performance of a traditional internal combustion engine, with a specially developed electric motor, clutch and gear shift, that enables Brammo motorcycles to accelerate hard from the line up to a high top speed, something that is just not possible to achieve with a single ratio electric motorcycle.

The first application of the new IET will be on the Brammo Engage and Encite which are announced today and which will be unveiled prior to competing in the MiniMotoSX race in Las Vegas on Friday, May 6, 2011.

The IET system will be introduced in four new models to be unveiled May 6 in Las Vegas with two of the models set to compete in the MiniMotoSX:

Prices do not include relevant taxes or Federal and State electric vehicle incentives.

Together, these four model ranges offer motorcycle dealerships the most comprehensive range of electric motorcycles available. Brammo continues to expand its dealership network in North America and will be adding many new dealers over the next 90 days.[wzslider height=”400″ lightbox=”true”]