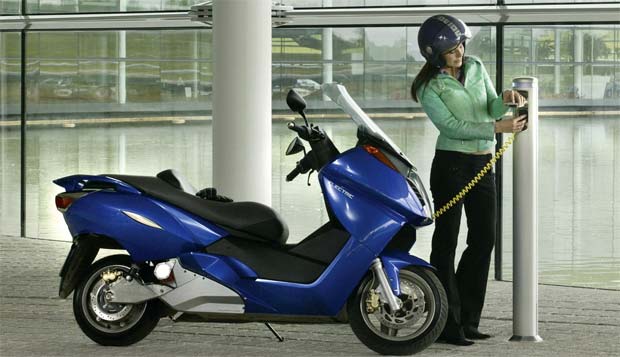 The number of e-motorcycles and e-scooters on the road will increase from 17 million in 2011 to 138 million by 2017, the majority of which will be powered by lead-acid batteries, according to a new report from Pike Research.

E-motorcycles and e-scooters are already used in significant numbers in China and other parts of Asia Pacific, due in large part to urbanization trends, and people in many countries are accustomed to using two-wheel vehicles as a primary mode of transportation.

In other regions, improving customer perception, government incentives, and high petroleum fuel costs all contribute in some part to the demand growth for electric motorcycles and scooters.

Pike Research’s analysis indicates that the growth in electric two-wheel vehicles will also have a meaningful impact on demand for batteries. The vehicles will utilize both lithium ion (Li-ion) and lead acid batteries.

The firm forecasts that the market for Li-ion for e-motorcycles will expand at a compound annual growth rate (CAGR) of 24% between 2011 and 2017, while Li-ion for the e-scooters market will increase at a CAGR of 19%. The lead acid battery market will grow, as well, particularly in emerging markets, with the e-motorcycle sector garnering a 27% CAGR and e-scooters a 29% CAGR for the same period.

North American and European markets for e-motorcycles and e-scooters have been hamstrung for several years, the Pike report says due to extremely low demand for motorcycles and scooters in general. However, both are poised for growth, according to Pike.

Pike Research’s analysis indicates that, during the pre-commercialization period from 2010 to 2014, approximately 10,000 FCVs will be deployed. Following that phase, the firm forecasts that 57,000 FCVs will be sold in 2015, with sales volumes ramping to 390,000 vehicles annually by 2020. These figures represent a downgrade from Pike Research’s previous FCV forecasts published in the first quarter of 2010.

Early adoption is likely to be focused in Japan, Germany, and California, where there is significant fueling infrastructure planned.