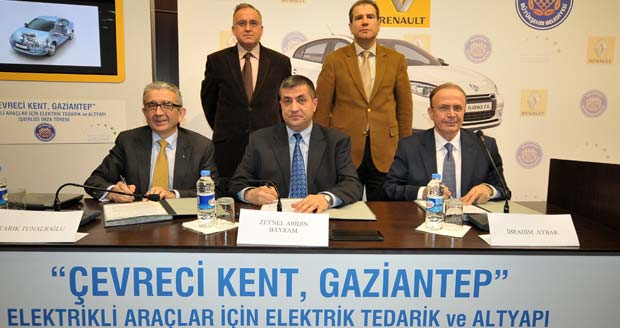 Renault-Nissan has signed a Memorandum of Understanding with the Gaziantep Metropolitan Municipality in Turkey aimed at establishing a partnership to promote and implement electric vehicles in Gaziantep.

The parties have decided to launch preliminary work with a view to encouraging the promotion of electric vehicles in order to reduce CO2 emissions and the effects of climate warming. A working group will be set up to:

The Gaziantep Metropolitan Municipality also wishes to lease the 50 electric vehicles as soon as the Renault vehicles come to the Turkish market.