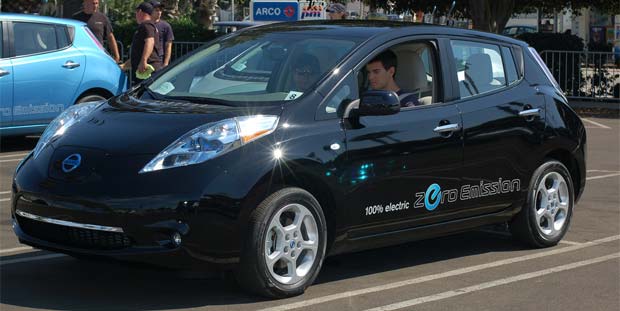 Nissan USA delivered its first LEAF electric car in Texas on Tuesday to a Houston-area family of five that plans to use it for a 70-mile round-trip commute.

Jimmy and Christie Sauers of Seabrook, a suburb of Houston, say the LEAF will replace their 2003 Toyota Matrix and will be a second car to the family’s 13-year-old Toyota 4Runner.

In November 2009 Nissan announced that it was entering into an agreement with the retail electric provider, Reliant Energy of Houston to advance zero-emission mobility. A similar partnership with the City of Houston was formed in February 2010 that also helped pave the way for the introduction of the Nissan LEAF in Texas.

The delivery is Nissan’s first in Texas in 2011 as the company delivered the first Nissan LEAF vehicles to each of its primary launch markets in December 2010 to Northern and Southern California, Arizona, Oregon, Washington and Tennessee.