Over 600 Dealers to Sell Chevrolet Volt in Launch Markets 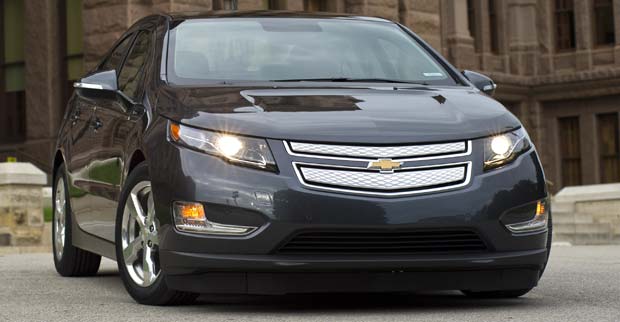 More than 600 Chevrolet dealers in launch markets have applied to sell Chevrolet Volt when it goes on sale in December, but Chevrolet won’t reveal a full list until later.

The dealers are required to take part in an extensive training program focused on the sales and service elements of the vehicle.  Participating dealers also are required to have a Chevrolet Volt on their lot for potential customers to test drive.

“About 90 percent of our Chevrolet dealers in launch markets to date have requested to become participating Volt dealers,” said Tony DiSalle, Chevrolet Volt product marketing director.   “The response exceeded expectations given the extensive training requirements. There’s obviously a lot of enthusiasm for the Volt’s arrival later this year.”

“As soon as we got the final word, we signed on,” said Steve Waersch, general manager of Pohanka Chevrolet in Chantilly, Va., near the nation’s capital. “Our waiting list compiled over the last year and a half to two years has no less than 50 names on it. In the last month and a half, we’ve been getting four or five inquiries a week.”

The Chevrolet Volt can operate in pure electric mode for up to 40 miles powered by its 16-kWh lithium-ion battery pack. When the Volt’s battery runs low, a 1.4-liter gasoline engine switches on to drive a generator that powers the electric motor to extend the driving range another 300 miles on a full tank of gas.