A123 System to Power Navistar EVs 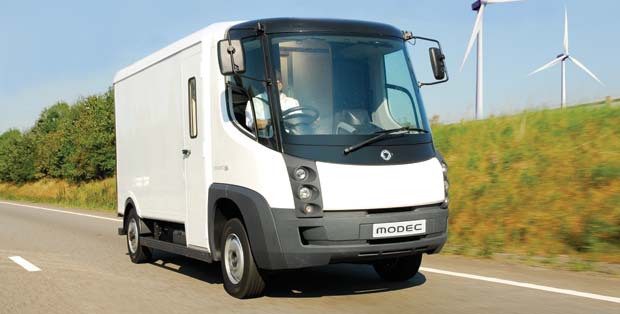 A123 Systems announced an agreement with Navistar, Inc. to develop lithium ion battery systems for electric vehicles for the Navistar Modec Electric Vehicle Alliance, a joint venture between Navistar and Modec.

According to the agreement, A123 will develop battery systems for Navistar’s EV and it is expected that these A123 battery systems will be manufactured in A123’s Livonia, Mich. facility, slated to open in March 2010. Rather than converting an existing, conventional fossil fuel powered truck, Navistar’s EV is a commercial electric vehicle that is purpose-built to be electric as it balances the needs of business and the environment. With zero tailpipe emissions, the Navistar EV can potentially reduce greenhouse gas emissions by as much as 10 tons annually, when compared to an equivalent diesel-powered vehicle.

The Navistar EV has a Gross Vehicle Weight (GVW) rating of 12,100 pounds and a payload capacity of two tons. The vehicle will be assembled in Wakarusa, Indiana, and is scheduled for launch in mid-2010.

A123’s battery pack will enable the Navistar EV to travel a distance of approximately 100 miles on pure electricity before needing to be recharged. The battery pack will be capable of a rapid charge rate and will have a charge time dependent on the power of the charging system applied.