Future Electric Cars to Power Themselves 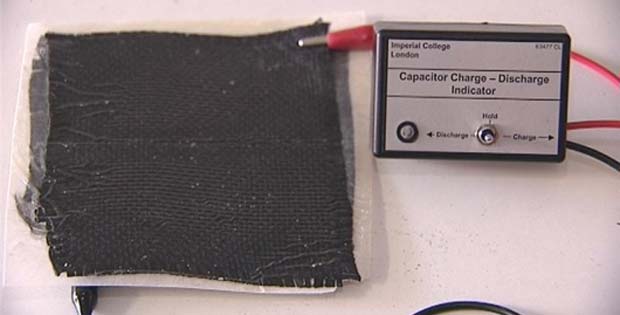 An electric car able to run solely on power generated from the parts of a car’s bodywork could offer a sustainable power alternative to other green motoring solutions.

Researchers at the Imperial College London are developing a new prototype material for the electric car of the future, which can store and discharge electrical energy and which is also strong and lightweight enough to be used for car parts.

Imperial College London and their European partners, including Volvo Car Corporation, are working on a €3.4 ($4.6) million project to develop a new material that could be used in hybrid petrol/electric vehicles to make them lighter, more compact and more energy efficient, enabling drivers to travel for longer distances before needing to recharge their cars.

The prototype consists of carbon fibers and a glass fiber which allows the material to store and discharge large amounts of energy. When the device is plugged into a power supply, it creates a current like a normal battery would. Essentially the car acts as its own battery.

The scientists are planning to develop the composite material so that it can be used to replace the metal flooring in the car boot, called the wheel well, which holds the spare wheel. Volvo is investigating the possibility of fitting this wheel well component into prototype cars for testing purposes.

They believe this could lead to a 15 percent reduction in the car’s overall weight, which should significantly improve the range of future hybrid and electric cars.

“We are really excited about the potential of this new technology,” says the project co-ordinator, Dr Emile Greenhalgh, from the Department of Aeronautics at Imperial College London. “We think the car of the future could be drawing power from its roof, its bonnet or even the door, thanks to our new composite material. Even the Sat Nav could be powered by its own casing. The future applications for this material don’t stop there – you might have a mobile phone that is as thin as a credit card because it no longer needs a bulky battery, or a laptop that can draw energy from its casing so it can run for a longer time without recharging. We’re at the first stage of this project and there is a long way to go, but we think our composite material shows real promise.”

For the first stage of the project, the scientists are planning to further develop their composite material so that it can store more energy. The team will improve the material’s mechanical properties by growing carbon nanotubes on the surface of the carbon fibers, which should also increase the surface area of the material, which would improve its capacity to store more energy.

They are also planning to investigate the most effective method for manufacturing the composite material at an industrial level.